How do you enter? Leave a comment. I'll pick a few lucky winners tonight and gift them their very own e-copy of Selling Scarlett.

Because I love Ella. And I love you guys. 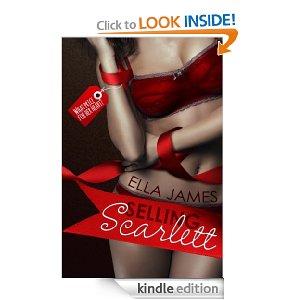 Elizabeth DeVille doesn't belong at a party like this—one where the gowns cost more than her Camry and cigars run higher than her grad school utility bills. Dragged out of seclusion by her best friend Suri, Elizabeth is merely playing dress-up, rubbing elbows with a crowd that banished her troubled family years ago.

Hunter West is tired. Tired of parties, tired of pretending, and tired of trying to right a wrong that haunts him every day. Bourbon heir and professional poker player by day, by night Hunter is gambling with his life in a high-stakes game of crime and blackmail.

When Elizabeth stumbles into Hunter's den of vices, she's a light in the darkness, a flame in the void. And, just like everything he touches, Hunter mars her in a record time. To rectify the damage done, Elizabeth needs money she doesn't have, and she's come up with a foolproof way to get it.

Follow Elizabeth—code-named Scarlett—to the lush Nevada brothel where she'll auction her virginity and risk the only thing that's not for sale: her heart. The highest bidder is a familiar face, with wicked hands and the devil's mouth. And a secret so dark that it could cost her life.

**Mature Content Warning** Not recommended for readers under the age of 17, due to mature language, sexual content, and violence.
Posted by Unknown at 3:37 PM