NEW RELEASE by Rachel Brookes! Only $1.99 and getting RAVE reviews! Have you grabbed your copy? 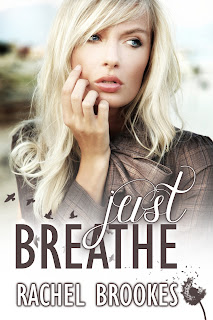 For Savannah Rae, living life without her parents was unimaginable. But being blamed for her first love’s suicide? That destroyed every part of who she was.


Gone were the days of innocence, happiness, and dreams. Now her days simply meant attempting to survive. In her mind, her only means for that was replacing her grief with men, booze and the fast life. And for five years, it worked.

When an opportunity to leave the nightmares of her past in Australia opens up, she takes it. Los Angeles beckons - with hopes of late nights, new beginnings, and the promise of a string of endless men to distract her, she can’t wait to dive in.

One thing she didn’t count on was meeting her match.

In the eyes of outsiders, Tate Connors has it all; the ultimate LA bachelor who is content with his lifestyle of wild nights, women and one night stands. He's Mr. Unpredictable with looks that could destroy any woman with one glance.

The craziness of Los Angeles throws them into the chaotic path of each other. Savannah becomes the perfect game, and Tate becomes the ultimate prey. Lines are crossed, emotions are smashed, and the idea of who they truly are begins to be tangled.

However, one thing will become clear.


They are more alike than either one could ever have imagined.
Posted by Unknown at 8:00 AM