A Day In The Life of Delancey Stewart 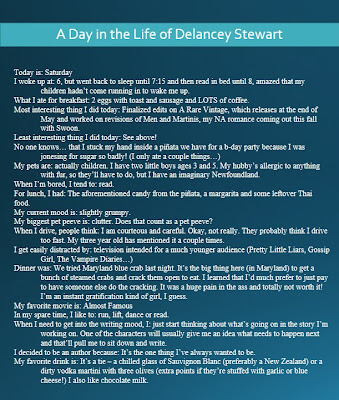 Delancey Stewart has lived on both coasts, in big cities and small towns. She's been a pharmaceutical rep, a personal trainer and a direct sales representative for a French wine importer. Beyond all that, she has always been a writer in some way shape or form. A military spouse and the mother of two small boys, her current job titles include pirate captain, monster hunter, Lego assembler and story reader. She tackles all these efforts at her current home in Southern Maryland.